The TOP 10 companies from Alicante invoice more than 1,500 million euros a year

The ten leading companies in the city of Alicante have a turnover of more than 1,500 million euros per year, employing more than 5,300 people, according to the latest data made public by these companies for accounting purposes.

These companies achieved a total turnover of 1,502,046,583 euros, focusing their activities in sectors as varied as the sale of sports products, footwear or the food sector, demonstrating the capacity of the different industries based in the capital of Alicante.

Alicante thus represents an investment destination with a great strength based on different strategic aspects, such as its location in the center of the Mediterranean Arc, which allows it to be a bridge to North Africa and a linking platform with the rest of Spain and Europe.

“Its location in the center of the Mediterranean Arc, allows Alicante to be the bridge to North Africa and the link platform with the rest of Spain and Europe.”

In that sense, the airport of El Altet (the sixth in Spain in number of passengers) is located only 10 minutes away from the city, which also has an expanding port that is a commercial and tourist reference (every year it receives a large number of cruise ships), as well as high-speed train connections with Madrid and other leading cities, and a wide network of national highways.

The provincial capital of Alicante has a high degree of openness towards the exterior, due to its tourist attraction that makes it an important Spanish tourist enclave and to the export potential of the traditional products produced in the province. It is also the official headquarters of European services, with the European Union Intellectual Property Office (EUIPO) and the European Trademark Court.

The city also has the most modern and versatile logistical, strategic and technological support infrastructure for the productive sectors. It has logistics and distribution centers, industrial parks and a Science Park. In addition, the Alicante Trade Fair Institution IFA, the Congress Palace and the Auditorium of the Provincial Council of Alicante (ADDA) are the venues for many business events and congresses.

Finally, though it is currently a medium-sized city, this urban environment with its own personality is a reflection of the Mediterranean lifestyle. It has a pleasant climate (with a high average temperature and few rainy days), magnificent beaches, green areas and parks. Alicante not only has a varied cultural and commercial offer and a modern health system, but also an efficient and safe public transport network. All this makes the city a solid proposition for companies to establish themselves in. 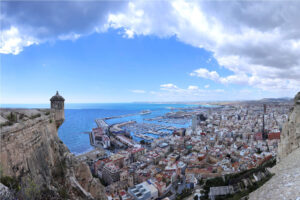 Alicante and the 3 axes for business success 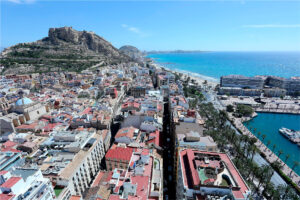 Living in Alicante: cost of housing and best areas
We use cookies on our website to give you the most relevant experience by remembering your preferences and repeat visits. By clicking "Accept All", you agree to the use of ALL cookies. However, you can visit "Cookie Settings" to provide controlled consent.
Cookie settingsAccept allReject
Manage consent